Scattering of the Fragile. Cherry Blossoms 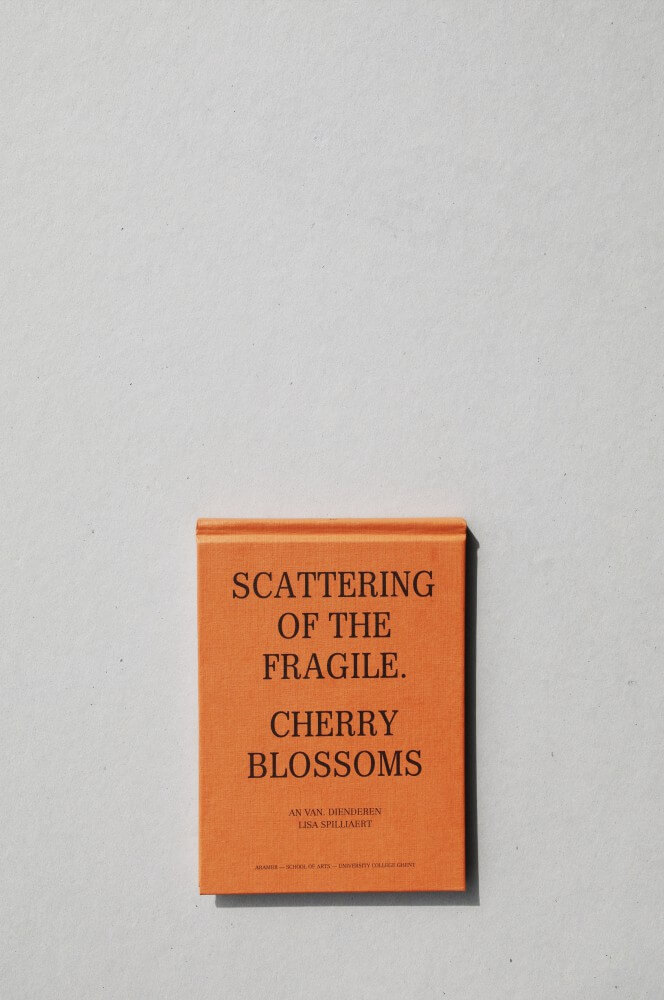 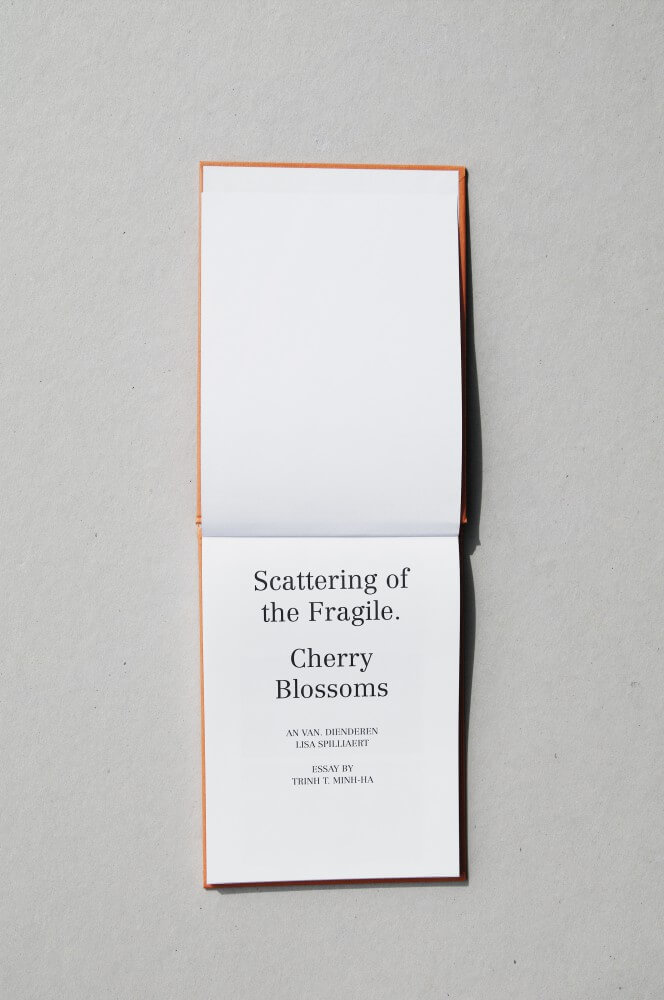 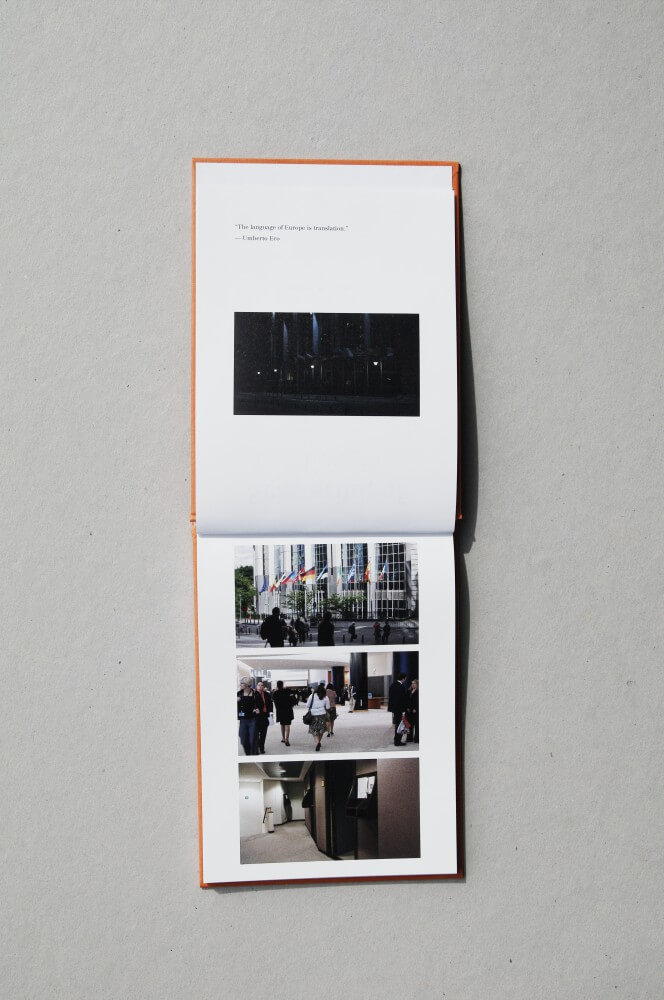 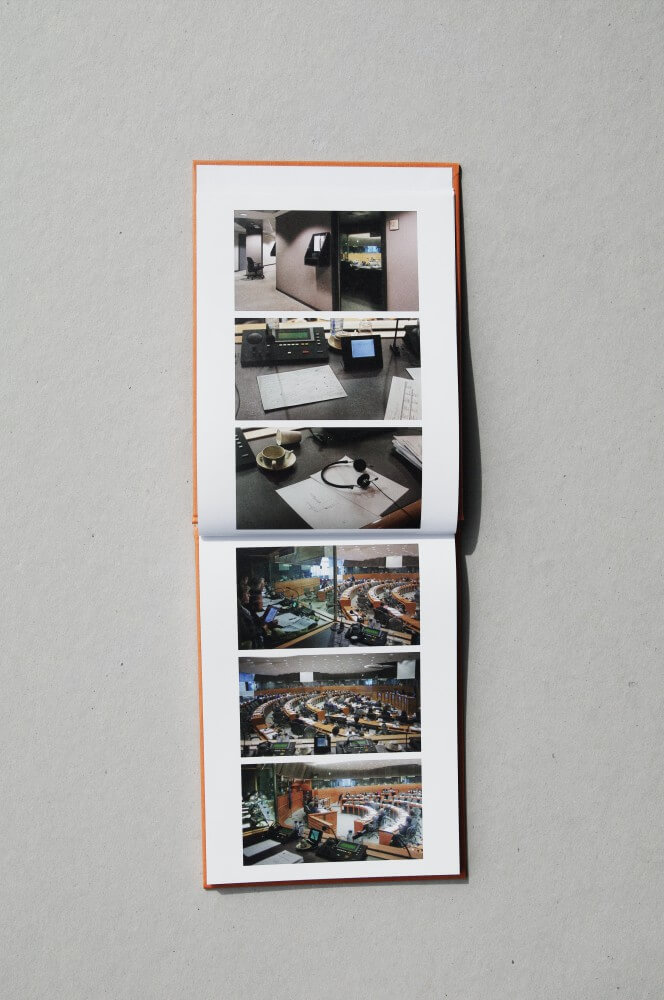 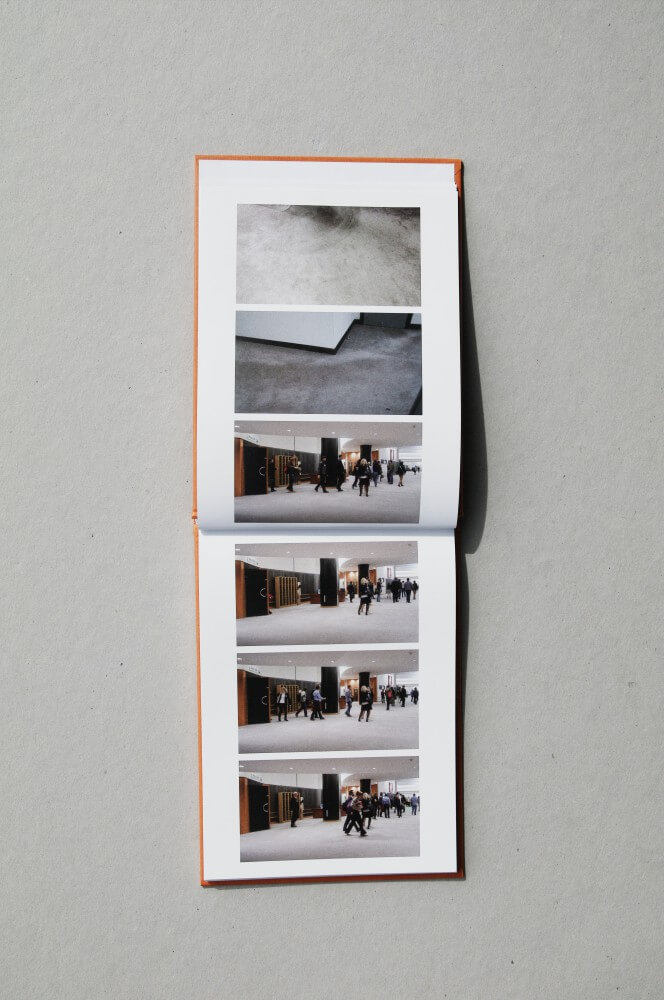 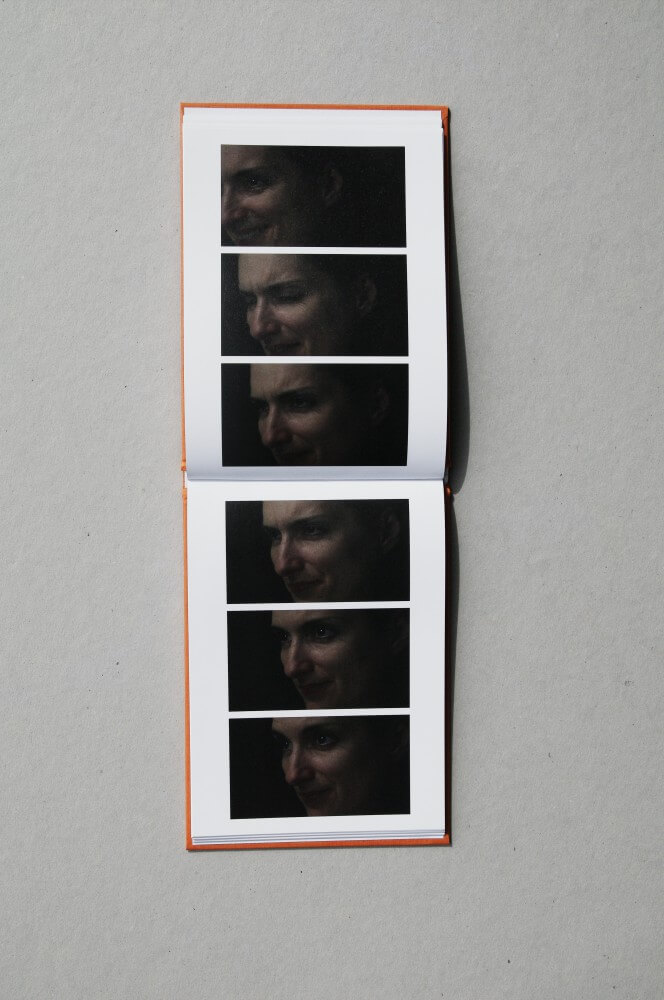 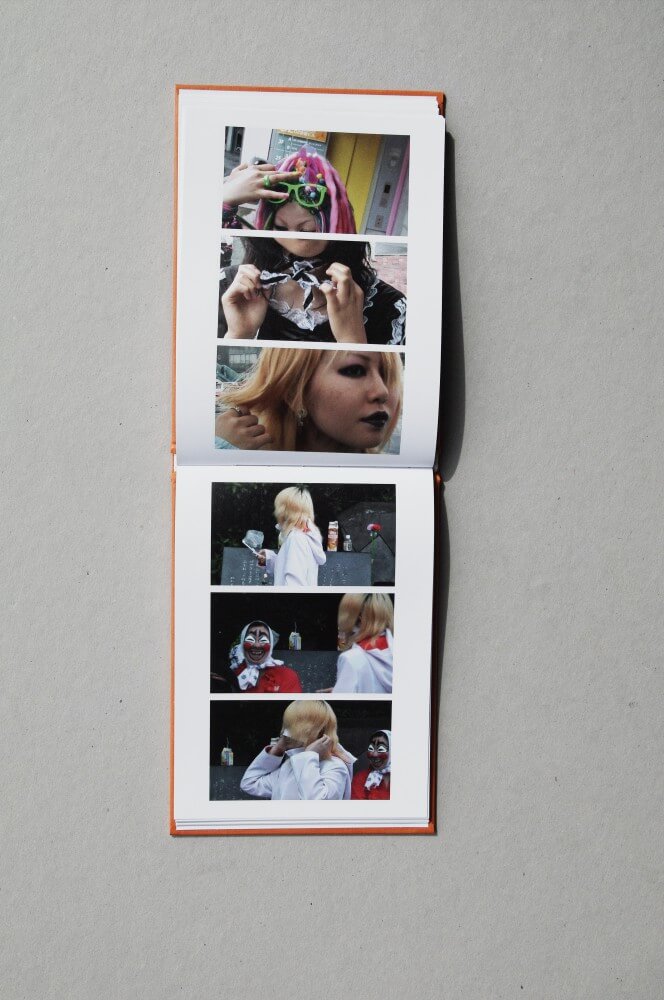 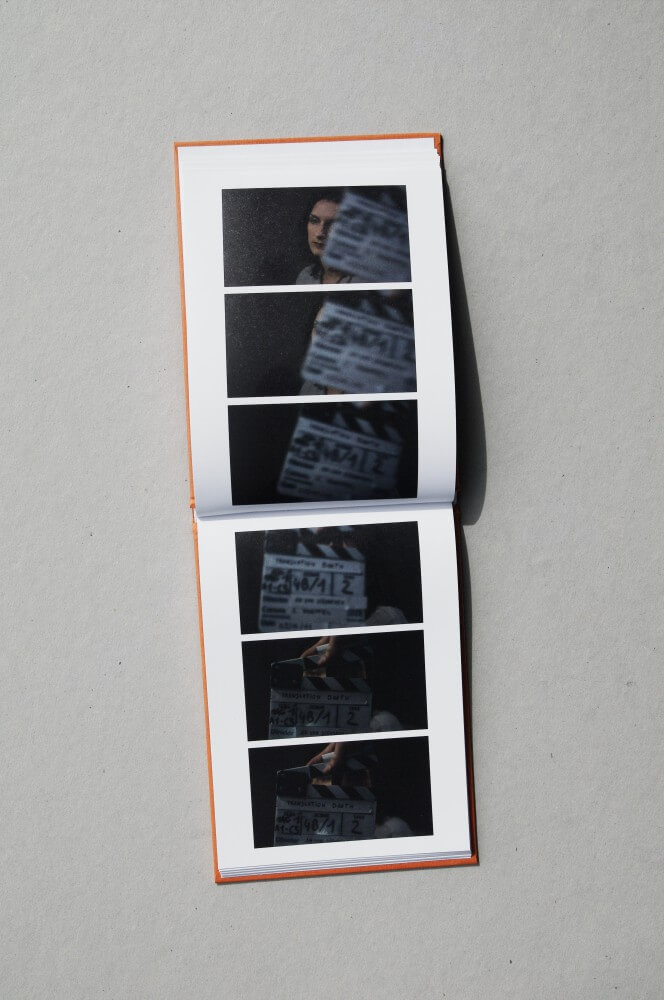 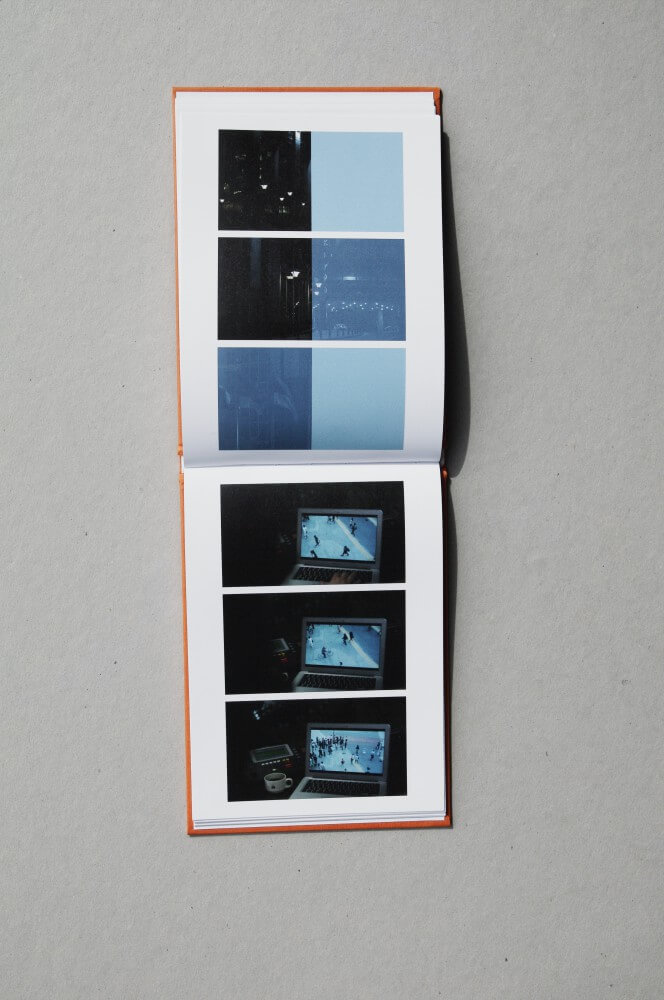 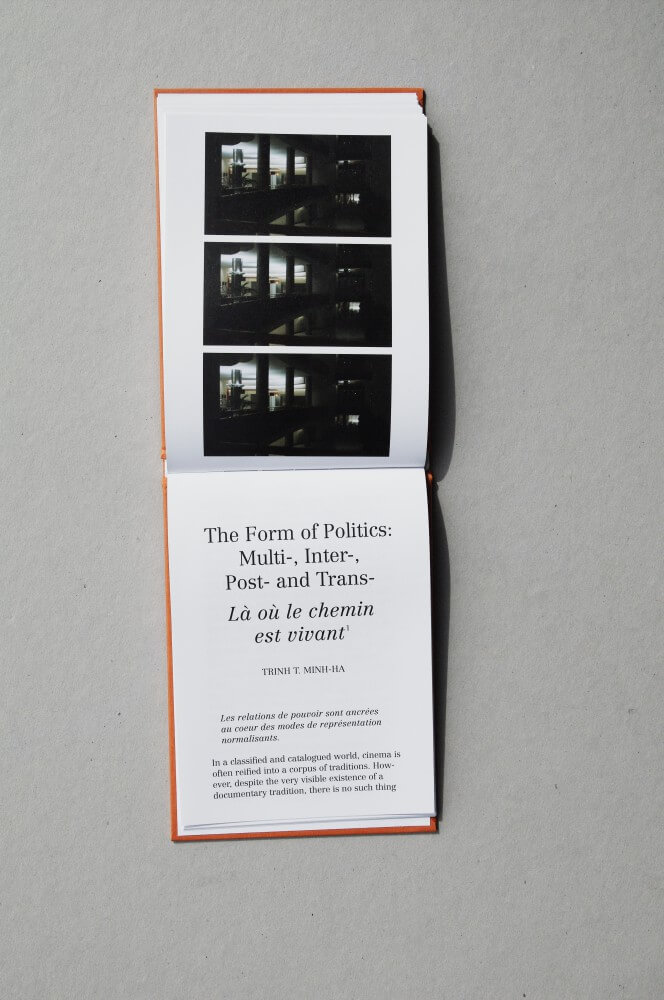 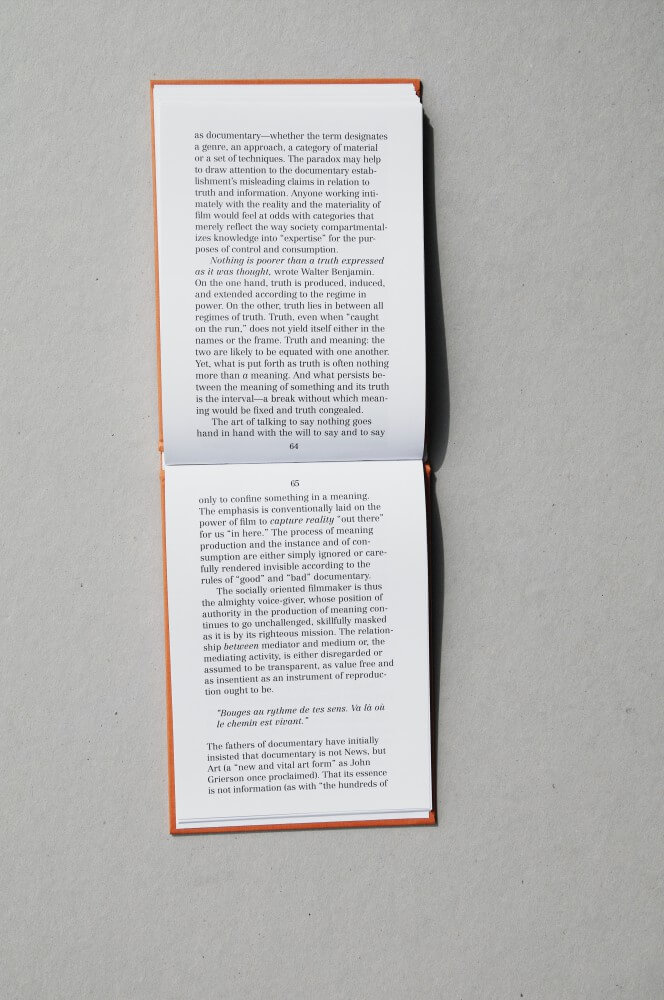 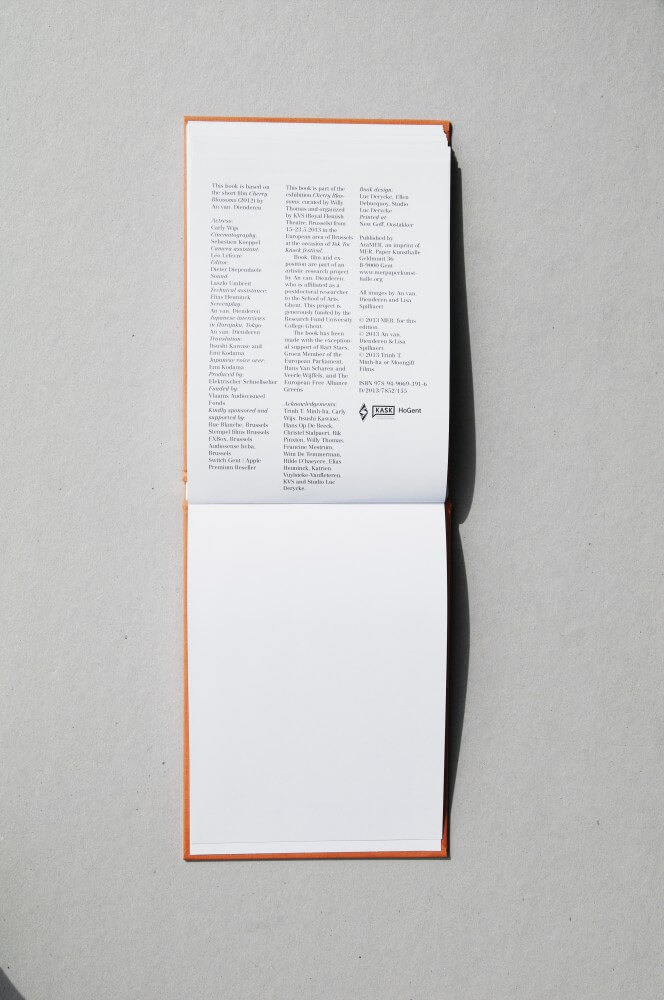 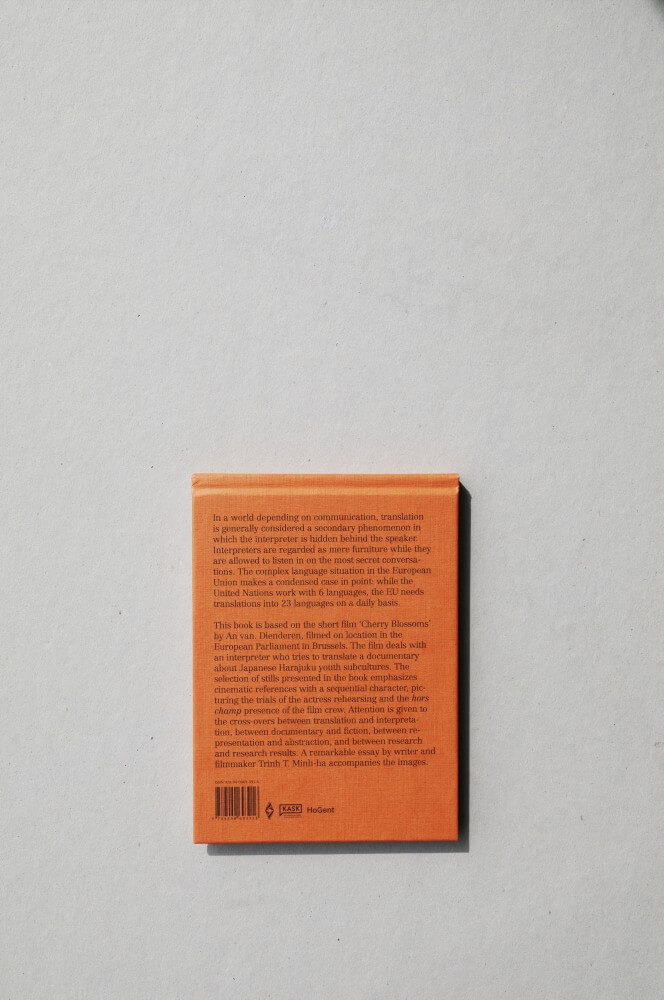 In a world depending on communication, translation is generally considered a secondary phenomenon in which the interpreter is hidden behind the speaker. Interpreters are regarded as mere furniture while they are allowed to listen in on the most secret conversations. They are supposed to be neutral transmitters while they hold a delicate position as intermediator. The complex language situation in the European Union makes a condensed case in point: while the United Nations work with six languages, the EU needs translations into 23 languages on a daily basis.

This book is based on the short film ‘Cherry Blossoms’ by An van. Dienderen, filmed on location in the European Parliament in Brussels. The film deals with an interpreter who tries to translate a documentary about Japanese Harajuku youth subcultures. The selection of stills presented in the book emphasizes cinematic references with a sequential character, picturing the trials of the actress rehearsing and the hors champ presence of the film crew. Attention is given to the cross-overs between translation and interpretation, between documentary and fiction, between representation and abstraction, and between research and research results. A remarkable essay by writer and filmmaker Trinh T. Minh-ha accompanies the images.