“PRISM” selected for the international competition at Arkipel, Jakarta, 2022 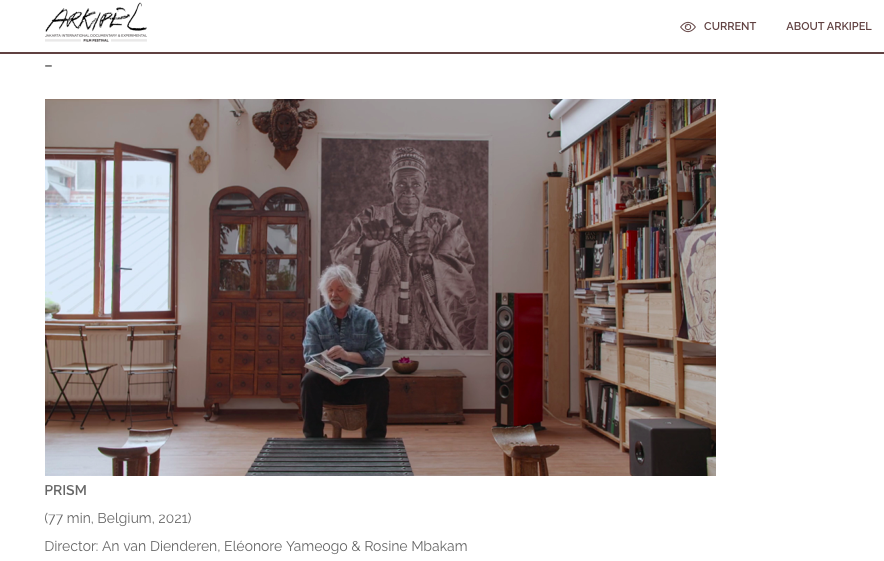 After receiving submissions of 728 films from 76 countries, ARKIPEL Catch 22 – Jakarta International Documentary and Experimental Film Festival 2022 finally selected 22 films to compete in the International Competition program. The films selected by the selection team consist of various genres and production methods, which provide a fresh experience in seeing the development of contemporary cinema. Of the hundreds of films that have entered ARKIPEL this year, of course there are many films that are stunning, interesting, and present an exploration of the cinematic language that is no less than the 22 films selected. However, we still have to decide to choose the works that according to the selection team can envisage the Catch-22 theme, which is ARKIPEL’s theme this year.

Catch-22 is a situation where paradoxical truth meets contradictory choices and results in absolute conclusions. It is a logic that is the starting point for this year’s festival, and imagining how the idea is applied to the realm of cinema. Through a rigorous selection process, we concluded that the 22 films that entered this international competition could at least frame the latest global phenomenon and also show the working methods behind it, as well as examine the premises behind the construction of those films. Throughout its history, cinema has always existed to explore the trenches that have escaped the demands of information on current humanitarian events. The desire of cinema to precipitate events, to mold them in reverse with poetic construction towards an absolutism or openness. The following are the films in the ARKIPEL Catch-22 International Competition: See link