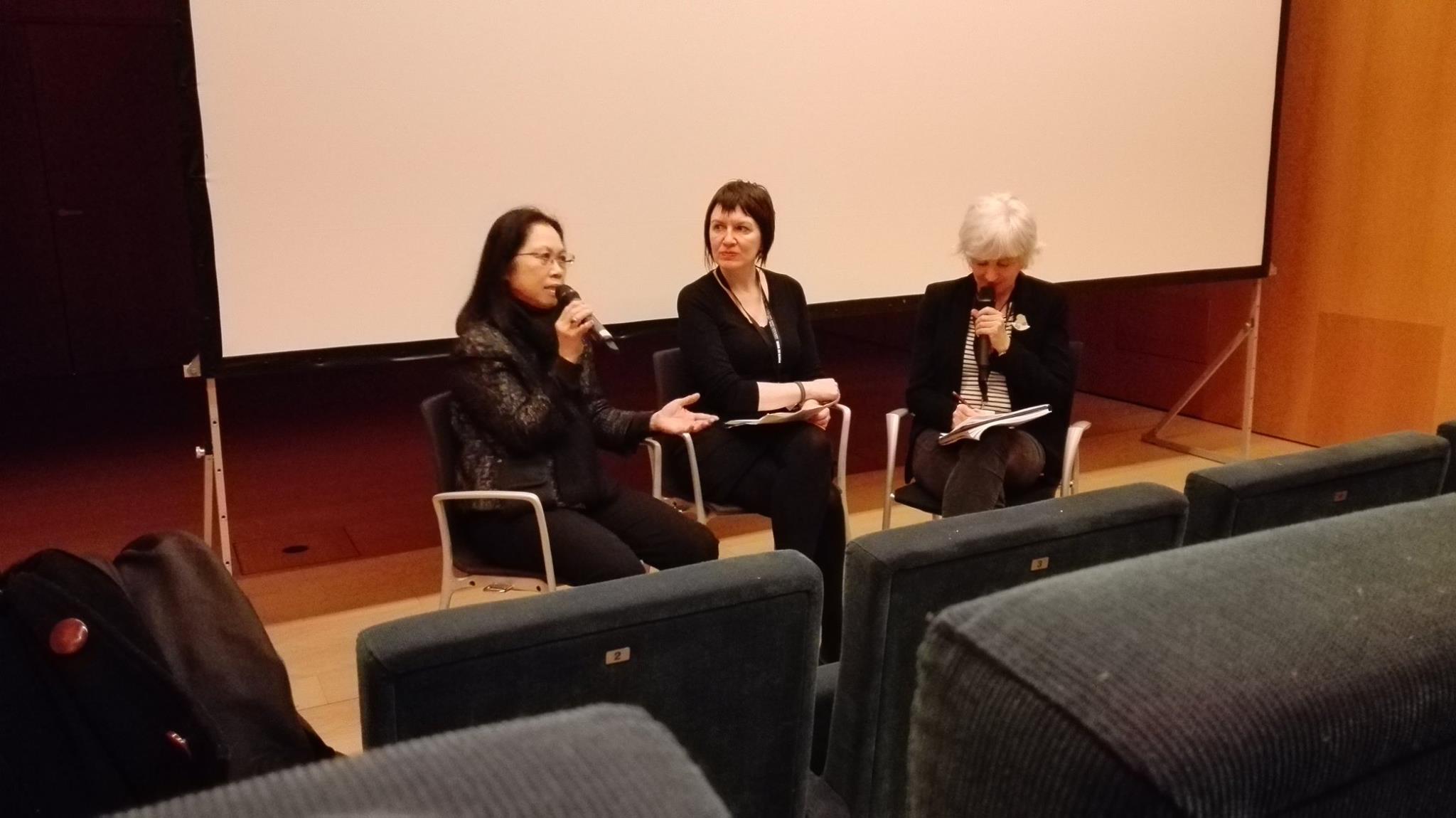 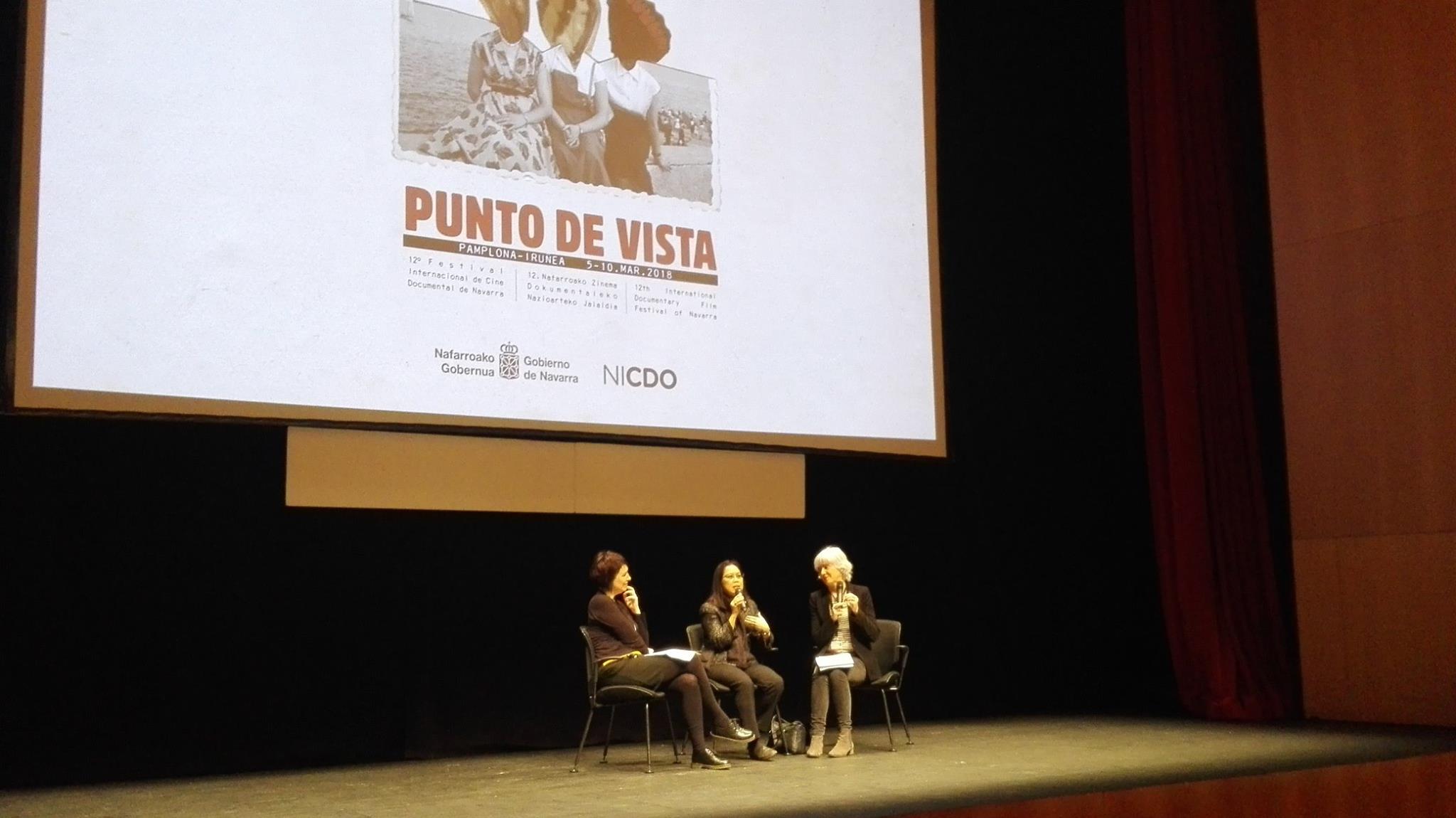 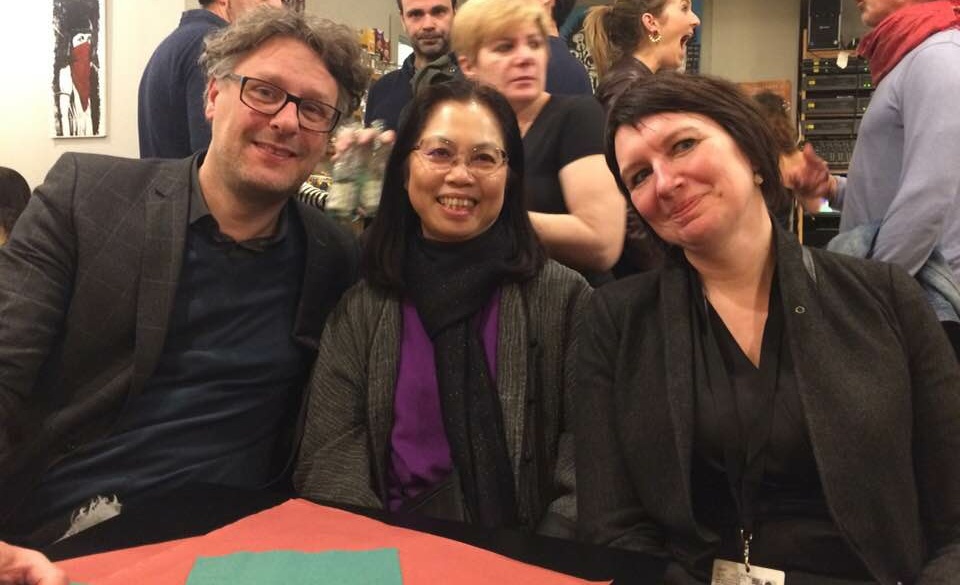 Trinh T. Minh-ha is a special guest at the Punto de Vista Festival in Pamplona in 2018.

She is a filmmaker, composer, writer, poet, literary critic, professor… but, above all, she is a ground-breaking artist who has revolutionised the traditional discourse of cinema and transformed the way documentary films are made.  Antonio Zirión -Professor of anthropology, photographer and documentary filmmaker- defined her to a T: ‘she radically breaks the rules of cinematic language and upsets all the conventions of documentary film, prompting us at the same time to take a deep questioning look at the meaning of the anthropological viewpoint and the classical ways other cultures are visually represented.’

The filmmaker presents her latest book, give a lecture and screen three of the most important films of her career.

An van. Dienderen was invited by the festival to introduce Trinh at her screenings. An was a visiting scholar at UC Berkeley with Trinh and she assisted the shoot of ‘Night Passage’, one of Trinh’s films.