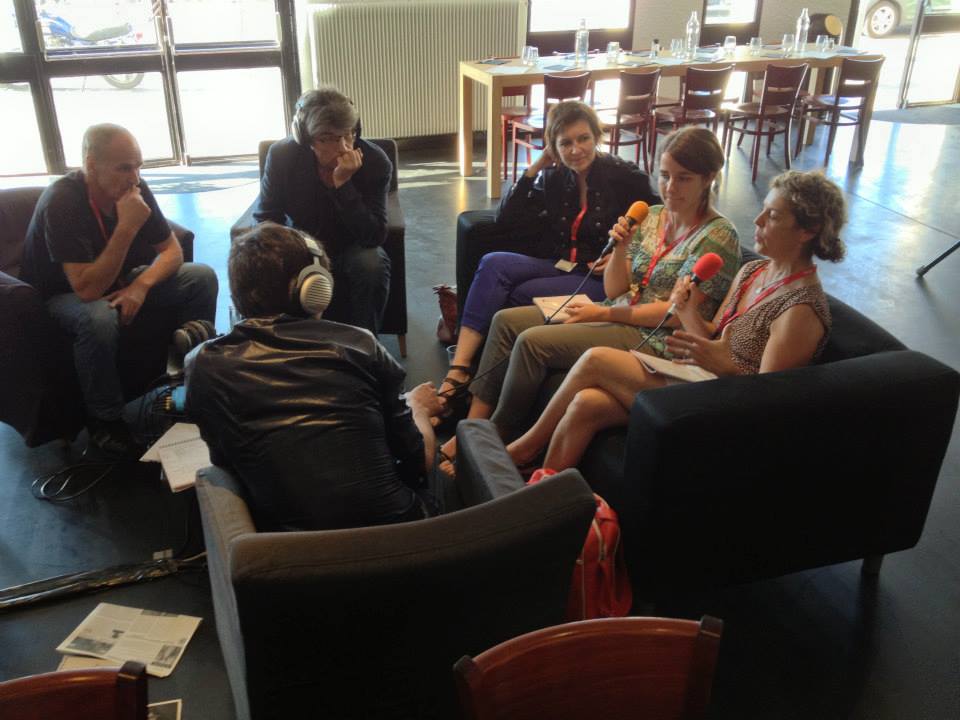 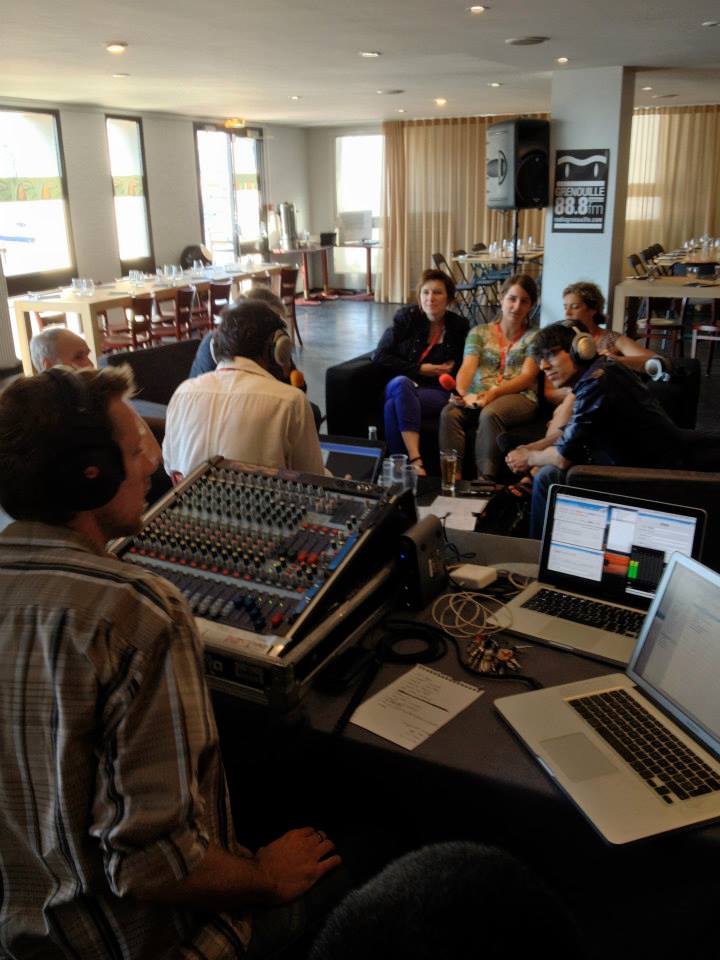 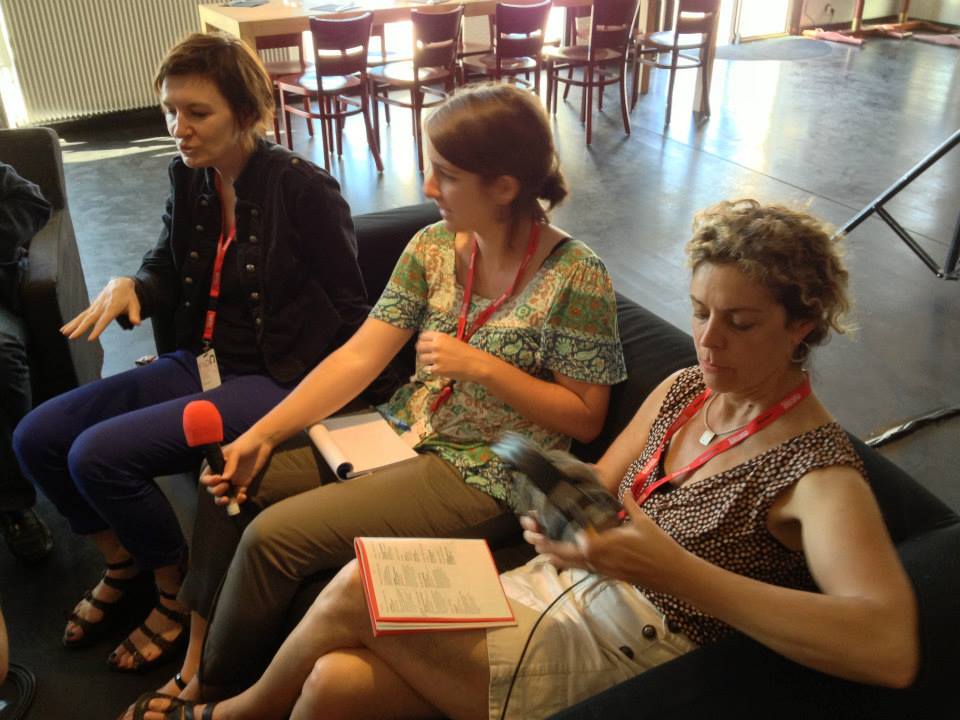 In 2014 ‘Cherry Blossoms’ was selected at FID Marseille. On that occasion An van. Dienderen was interviewed by Radio Grenouille together with Gilles Grand and Jane Gillooly.

In ‘Cherry Blossoms’ a translator sits at night alone in a translation booth at the European Parliament. Old images of Sydney Pollack’s last feature-length film, The Interpreter (2005) filmed at the United Nations, come to mind. In an interview he hinted that this type of building reduced camera locations. A progressive shift from ear to eye, forsaken in a gigantic European building in Brussels, translator Carly Wijs allows herself to be captivated by the temperament of Japanese youths. In this normed context, a passing humanity surfaces.