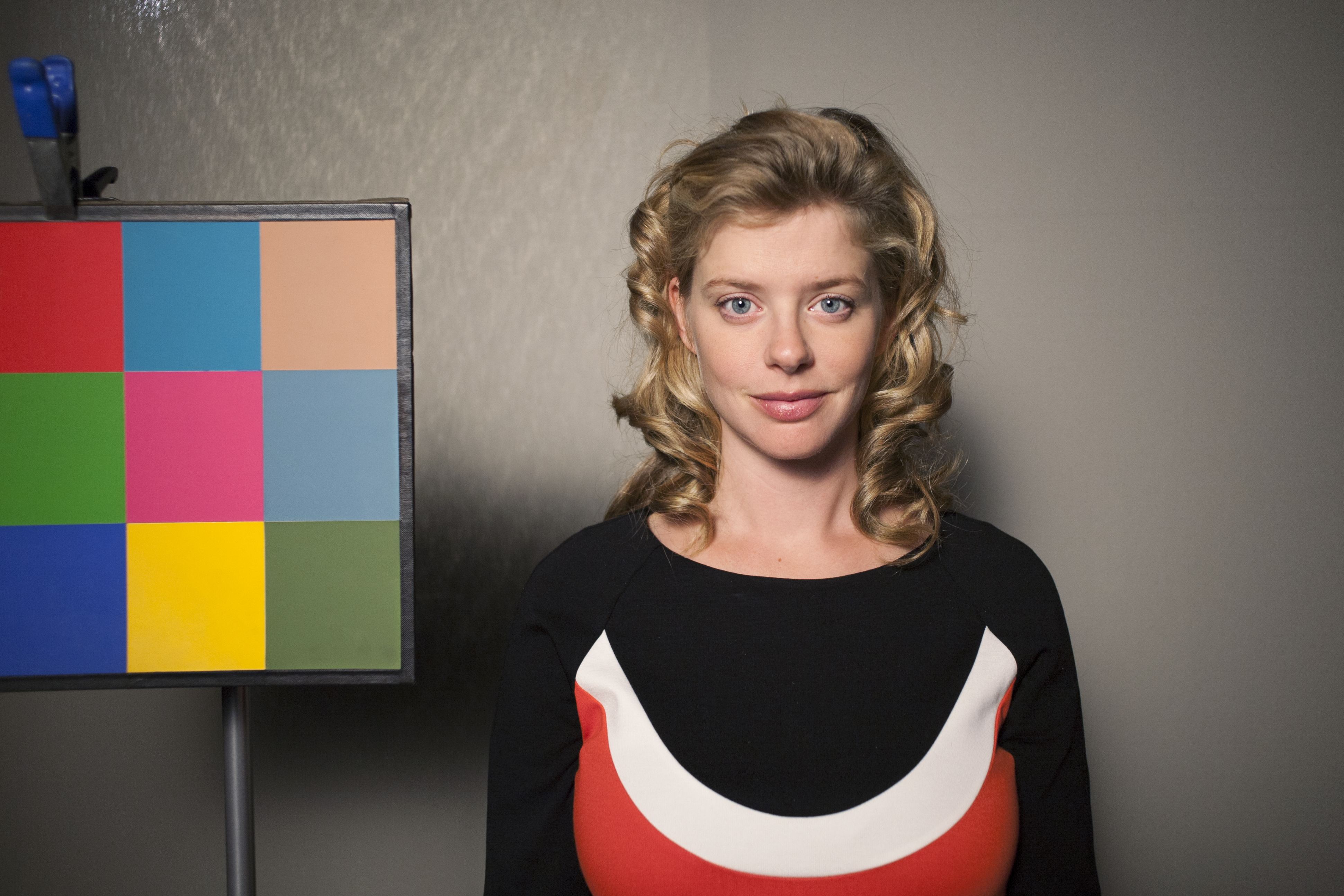 “From the days before color film until the early 1990s hundreds of anonymous women graced more motion-picture film reels than perhaps any film star. And yet movie-goers never saw them; they, and their purpose, were known only to film-lab workers and projectionists.

And that was: to be inserted into the leaders of film reels (the short lengths of film before and after the images of the motion picture) for the technical purposes of lab technicians and projectionists. Lab techs used the images as standards that helped them ensure consistent colors, tones, and shadings of colors throughout a film – from one frame, shot, scene, and reel to others.

That was necessary because, for example, shots that were used to construct a sequence may have been filmed under varied light conditions or on various types or qualities of film stock. The women who posed for China Girl shots were assisting in the completion of painstaking, workaday tasks. Each of the color-control images became part of one original, master print that a lab worker made from camera negative. The print was then copied – as many times as necessary to meet demand for that film, worldwide – and on each reel that woman’s image went out to potentially thousands of theaters: The woman made her way from anonymous isolation in a particular film lab out into the film world, still in anonymity — because, of course, film-lab workers did not place the image on film-reel leaders for general exhibition.”